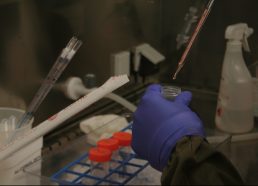 Do people living with HIV age more quickly, despite the fact that their infection is well controlled by antiretroviral treatment? Concerns have emerged in recent years, and the COBRA study was launched to look into the matter by exploring links with age-related conditions, with a specific focus on cognitive impairment. No acceleration was observed.

The COBRA study included 125 participants of the AGEhIV Cohort Study and over 80 participants who were recruited in London. All HIV-positive COBRA participants were using combination antiretroviral therapy and had an undetectable viral load. Study assessments included a neuropsychological assessment, and brain imaging, which were repeated after two years. At the start of the study, the HIV-positive group on average demonstrated evidence, by different measures, of being biologically older than expected based on their calendar age and compared to the group without HIV. This difference between the two groups however did not increase over a two-year period. Therefore, the study did not find evidence for “accelerated ageing” in people living with HIV who are using effective combination antiretroviral therapy.